RFDesign was formed in 2008 to support the growing number of high-tech electronic product developers in Australia and worldwide.

With over 19 years of experience in the electronics industry, ranging from small startups to multinationals, the team at RFDesign is well versed to tackle almost any electronic engineering task. In addition, links to academic institutions in Brisbane enable more fundamental work to be carried out.

RFDesign was also an official sponsor of team “TGIF” for the UAV outback challenge 2012, and also has some engagement in the UAV/Drone sector, having recently been contracted to build and fly a substantial fleet of drones for Boeing’s R&D division. 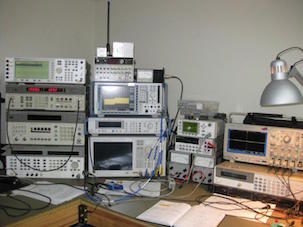 Most of our equipment is GPIB capable and controlled which enables automated test systems to be developed.

Some current projects have extensive test requirements which are only possible with an automated setup.