A boot loader and interface is available using RFD900 Modem Tools and field upgrade of the modem firmware via the serial port.

The RFD900 Radio Modem is compatible with many configuration methods like the AT Commands and APM Planner. The AT Commands can be used to change parameters such as power levels, air data rates, serial speeds etc.

Integrated support for configuring the RFD900 Radio Modem is supported by the APM Planner, with other GCS solutions in development. Its default serial port settings are as follows:

The RFD900 Radio Modem has many software features which include:

The air data rate is chosen depending on: 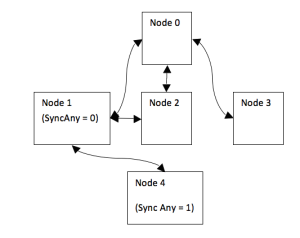 A few notes on the multipoint network: